BERLIN– Three consecutive summits over the next week will test Western resolve to support Ukraine and the extent of international unity as rising geopolitical tensions and economic pain cast an increasingly long shadow.

On Thursday and Friday, European Union leaders will meet in Brussels to consider officially making Ukraine a candidate for membership. From Sunday to Tuesday, the Group of Seven leading economic powers will hold their annual summit in Germany. And right after that, NATO leaders will gather in Madrid, with a standoff over the membership hopes of Finland and Sweden looming large.

The 27 EU nations appear on course to give Ukraine a much-needed moral boost in the face of Russia’s invasion. However, prospects of NATO countries quickly breaking down Turkey’s opposition to the Nordic countries’ membership look uncertain at best.

In between, German Chancellor Olaf Scholz hopes for a united front on long-term support for Ukraine, fighting climate change and global hunger at a time of raging inflation and increasing fuel insecurity when he welcomes the leaders of the G-7 — the US, Germany, France, Italy, the UK, Canada and Japan, plus the EU — to the Bavarian Alps.

“Now is the time when (those) all around the world who defend democracy and freedom, human rights and liberal society must stand together,” Scholz said before the summits.

“Freedom has its price, democracy has its price, solidarity with friends and partners has its price, and we are prepared to pay this price,” he said, acknowledging that sanctions against Russia also are causing some pain at home. Support for Ukraine will continue “as long as Ukraine needs our support,” he said.

Making Ukraine a candidate to join the EU now appears assured after initial doubts among some members about moving so fast. The European Commission, the bloc’s executive arm, recommended the step last week, shortly after the leaders of France, Germany, Italy and Romania visited Kyiv and backed its bid.

According to several EU diplomats who spoke on condition of anonymity about closed-door discussions before the summit, Ukraine will receive the required unanimous approval.

“We will give a very clear direction,” one diplomat said. “It will be a bit like an engagement before marriage.”

It’s likely to be a long engagement — years, even decades. Among other things, Ukraine will have to implement reforms regarding the rule of law and fighting corruption.

Ukraine also is expected to dominate the G-7 summit at an idyllic, tried-and-tested Alpine venue. US President Joe Biden and the other leaders will gather at the secluded Schloss Elmau luxury hotel where Germany hosted its last G-7 summit in 2015.

Finance ministers from the G-7 last month agreed to provide $19.8 billion in economic aid to Ukraine to help keep basic services functioning and prevent tight finances from hindering its defense against Russian forces.

At Elmau, Scholz wants to consider the longer-term outlook and a global strategy for its rebuilding, including what a “Marshall plan for Ukraine” could look like. The leaders will also take stock of how well their sanctions against Russia are working.

The G-7 leaders also are expected to discuss how to get Ukraine’s food exports moving again and the wider issue of global food security.

In efforts to broaden the summit’s reach, Germany has invited leaders from Senegal, South Africa, India, Indonesia and Argentina — a choice meant to reflect their regional influence and the importance of “resilient democracy.” German officials appear hopeful of gradually bringing such countries closer to Western views on sanctions against Russia.

Ukrainian President Volodymyr Zelenskyy is set to join the G-7 leaders and the Tuesday-Thursday NATO meeting by video link. It wasn’t immediately clear on the eve of the EU summit whether Zelenskyy would also appear there.

Senior US administration officials, speaking on the condition of anonymity to preview the summits, said Ukraine would be at the very front of conversations next week, and that the US and allies would unveil new proposals to increase pressure on Russia while minimizing spillback on allies, and to bolster support for Ukraine.

NATO Secretary-General Jens Stoltenberg has billed the 30-nation military alliance’s summit as a “historic” opportunity to strengthen it in the face of Russian aggression against Ukraine.

Greater troop commitments to the bloc’s eastern flank bordering Russia and its ally, Belarus, are expected. The alliance’s 10-year Strategic Concept is likely to put a new emphasis on checking Chinese military ambitions, which US officials have warned are spreading beyond Asia and into Africa.

But the summit also promises to highlight differences. Turkey is stalling the quick admission of Sweden and Finland, pressing for both to change their stance on Kurdish rebels that Turkey considers terrorists.

Sweden and Finland are invited to Madrid, but it isn’t clear that Turkish President Recep Tayyip Erdogan will budget anytime soon. A senior German official, speaking on condition of anonymity in line with department rules, said Berlin is confident a solution can be found but “in view of the historic dimension, it isn’t a catastrophe if we need a few more weeks.”

After returning from a trip to Finland, Latvia and Turkey with a bipartisan delegation from the Senate Intelligence Committee, US Sen. Angus King said on Tuesday that it was too early to say whether a resolution could be reached soon, but it probably won’t be done by Madrid.

While Ukraine has dominated the runup to the summits, leaders have other priorities too.

At the G-7, Scholz hopes to get his guests on board his proposal for an international “climate club.” He has said he aims to use Germany’s presidency to turn the G-7 into the “nucleus” of such a club, which would be open to all.

Last month, G-7 ministers announced that they will aim to largely end greenhouse gas emissions from their power sectors by 2035 and targeted a “highly decarbonized road sector by 2030.” And they recognized for the first time the need to provide developing countries with additional financial aid to cope with the loss and damage caused by global warming.

Activists hope for something more concrete.

Ugandan activist Vanessa Nakate said the leaders must “reaffirm their commitment to ending overseas fossil fuel finance,” amid worries that they will backslide amid a scramble to secure alternatives to Russian gas.

Samuel Petrequin in Brussels, Joseph Wilson in Barcelona, ​​Spain, and Zeke Miller in Washington, contributed to this report. 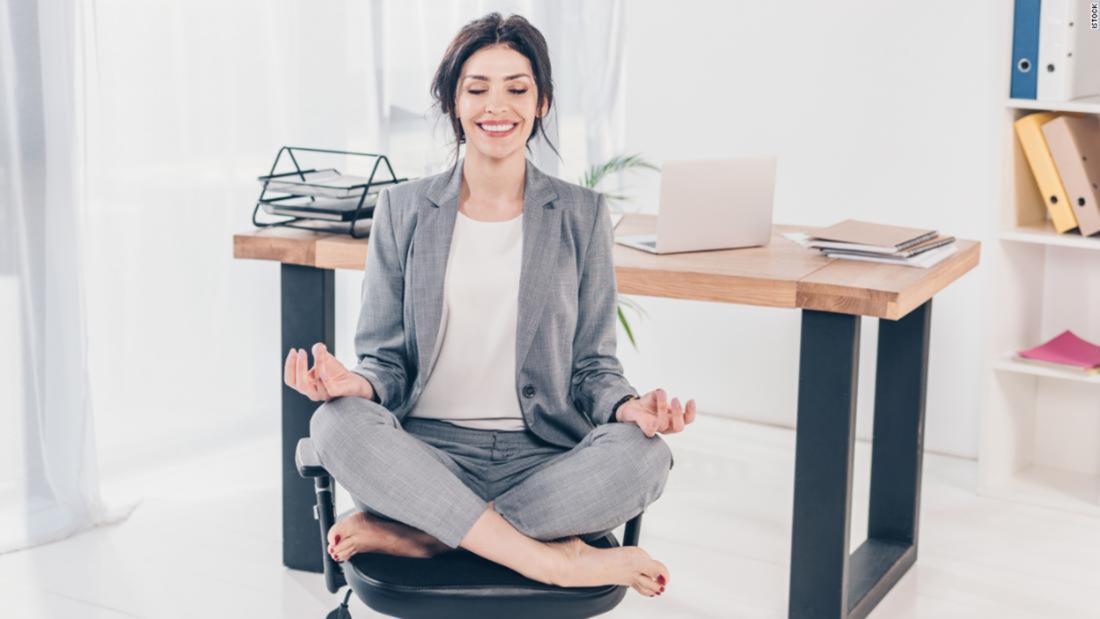 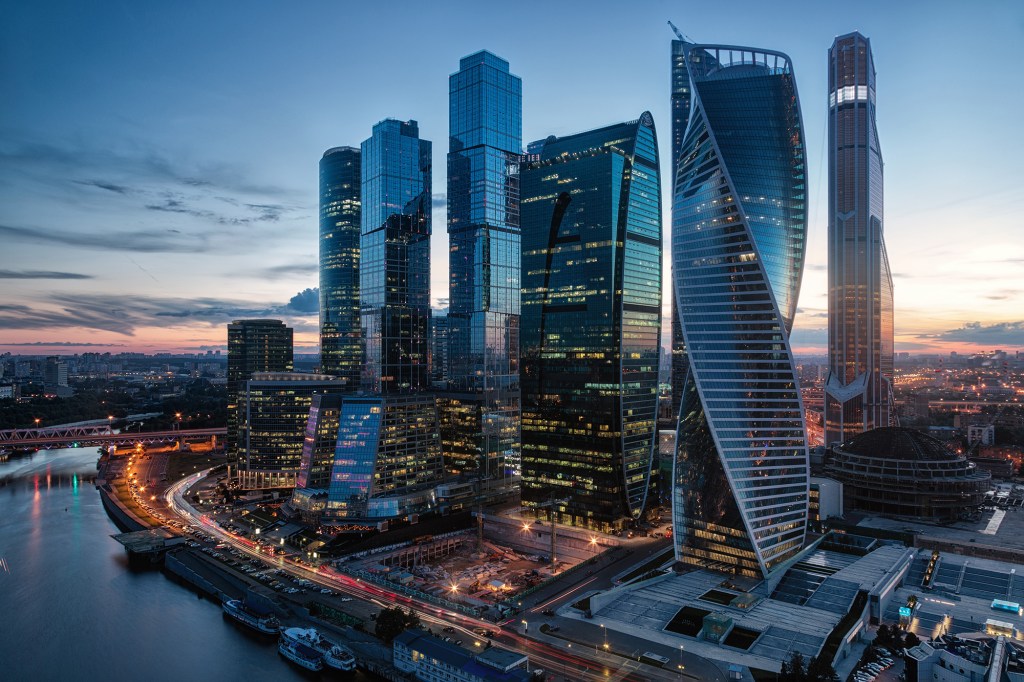 Marriott, Hilton still open in Russia even as other US companies leave The top 12 mattress-in-a-box brands to shop now