With close to half a billion cars, TVs, watches and laptops running on Android, it is more important than ever for apps to work seamlessly across every device. This year at I/O, we renewed our focus on form factors and announced major updates for Wear OS and Large Screens. To help you get to the bottom of what’s new, here are the three things you need to know about Form Factors at Google I/O:

#1: Building Wear OS and fitness apps is simpler than ever

We’ve been developing Compose for Wear OS with open source community feedback and participation. Since the Developer Preview, we’ve added and improved a number of components such as navigation, scaling lazy lists, input and gesture support and many more. Compose for Wear OS is now feature complete for the 1.0 release coming soon and the API is stable – so you can begin building beautiful, production-ready apps. 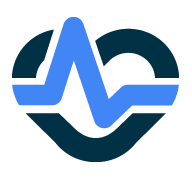 Health Services—the power efficient and easy-to-use library for collecting real-time sensor data on smartwatches—will soon be available in beta and ready for production use. Health Services enables apps to take advantage of modern smartwatch architecture, thus helping conserve battery while still delivering high frequency data. Since the alpha release last year, we have been working hard to increase performance and improve the developer experience. We have also made some improvements to the API in response to your feedback.

If you have an existing health and fitness app for Wear OS you want to update, or have a completely new app in mind, we suggest you look at Health Service to provide the best experience for Wear 3 users and prepare your app for additional devices and sensors in the future. For example, this library will power all the Google- and Fitbit-branded health and fitness experiences on the recently announced Google PixelWatch. 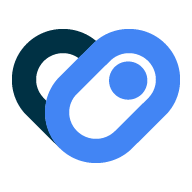 And, last but not least, we just launched Health Connect. With Health Connect, users will be able to securely store health and fitness data on their phone and connect and share that data with some of their favorite health and fitness apps. Samsung Health, Google Fit and Fitbit are integrating with Health Connect, along with many popular health and fitness apps. Health Connect is a common set of APIs for storing & sharing health data on Android phones. Developers can read from & write data to an on-device data store and we’ve standardized the schema and API behavior, making it easy for you to use the data. We know how important the privacy of each user’s health data is, so we centralized permissions and privacy controls – making it clear and simple for your users to manage and control this data.

#2: Google is all-in on tablets

Google is going big on large screens with innovations in hardware, optimizations in the operating system and a major investment in our app ecosystem. In the first quarter of this year, we saw active large screen users approaching 270 million, making it a great time to optimize for tablets, foldables and Chrome OS.

Since last I/O we launched Android 12L, a feature drop that makes Android 12 even better on large screens. With Android 13, we are including all of these improvements and more. Android 12L and 13 have a huge number of optimizations for large screens, including the task bar, multi-tasking, keyboard and mouse support, and a compatibility mode for applications. We also have exciting updates to guidance, testing and tools. To take the guesswork out of optimizing and testing your app for large screens, we created a set of Large Screen Quality guidelines and a number of Material Design Canonical Layouts. Our guidance is implemented in our Jetpack libraries, which bake in many of the most common tasks for Large Screen development, such as drag and drop.

Hardware innovation is a cornerstone of Google’s investment in large screens – this year and beyond. At I/O, we announced the Google Pixel tablet, coming in 2023. Plus, our partners are creating some amazing devices with tablets, Chromebooks, and foldables coming from companies like Samsung, Lenovo, and OPPO.

These apps – and more – are available on the Play Store, where we have made some of our most impactful updates to date. We are committed to helping users find the best large-screen optimized apps in the Play Store with new large screens focused editorial content and separate reviews and ratings for large-screen applications. Plus, we are updating Google Play to look awesome on a tablet, Chromebook or foldable device.

To make your apps even better on large screens and Wear OS, we’ve created in-depth content for making your app work better across different types of inputs, screen sizes and devices.


Looking to get started? Here’s all the amazing I/O content to help you on your way:

Twitter Testing a Way to Let Users Untag Themselves From Threads: Report How a Telemedicine Abortion Provider Is Bracing for Post-‘Roe’ Life