Facebook built one of the most amazing money machines the world has ever seen. Then Apple came and threw a wrench in the gears.

That’s one of the narratives that sprang from last week’s news, when Facebook’s parent company Meta delivered an alarming earnings report to Wall Street, which promptly cut an astonishing $250 billion out of the company’s value in a single day — a 26 percent drop. And there were a lot of narratives.

For a large and vocal group of Facebook haters, the stock crash was a chance to reaffirm your priors: If you thought Facebook was getting comeuppance for creating a toxic product that made the world worse, you could point to its first-ever loss of users . If you thought Mark Zuckerberg’s pivot to a yet-to-exist metaverse is a fantasy, you could point to the $10 billion the company said it sunk into the effort last year. And if you thought TikTok was eating Facebook’s lunch, you could quote Mark Zuckerberg himself, who acknowledged on the company’s earnings call that the video app was “so big as a competitor already, and also continues to grow at quite a fast rate off of a very large base.”

And all of those stories have a degree of truth. But the idea that Apple has hurt Facebook’s revenue in a direct and meaningful way seems the truest: Facebook says changes Apple made that affect how ads work on iOS apps — namely, that it’s now much harder for app-makers and advertisers to track user behavior — will cost it $10 billion in revenue this year.

For context: Facebook is still making an enormous amount of money from advertising — analyst Michael Nathanson estimates the company will generate $129 billion in ad revenue in 2022. But that would mean its ad business will only grow about 12 percent this year, compared to a 36 percent increase the previous year. Wall Street has prized Facebook for its ability to grow at a rocket velocity, and now that rocket may be sputtering.

The background: The seeds for last week’s news were planted many months ago. In June of 2020, Apple announced changes to its mobile operating system that would give iPhone users a chance to tell app-makers not to follow them around the internet. That tracking system is the backbone of the internet’s advertising infrastructure, and you’re familiar with it even if you never think about it: It’s why, for instance, you see ads for shoes you’ve already looked at on Zappos when you’re visiting other sites. And in Facebook’s case, it’s crucial for finding people advertisers want to reach and, importantly, telling them what happens after those people see or interact with their ads.

A month later, Facebook began warning investors that those changes would hurt their ad business. Tea fight between the two companies got more intense after that, with both sides lobbing public attacks at each other.

While there were lots of signs that Apple’s change was in fact hurting Facebook’s ad sales, people in and out of the company also assumed that Facebook would figure out how to handle it because Facebook is a giant company flush with cash and bright engineers. And while Facebook continued to warn investors in its quarterly updates that Apple’s moves would be a problem, it used generic terms like “headwinds” when it did. More cynical observers wondered if Facebook was overplaying the problem in order to get sympathy from regulators looking to rein in Facebook’s power — or to get them to focus their attention on Apple, which is also under antitrust scrutiny.

Now Facebook is saying, in public, that Apple’s ad changes have been a really big deal, after all. The short version, as COO Sheryl Sandberg told investors last week: Facebook’s ad targeting became less accurate because it now knows less about its users. Which means Facebook advertisers have to spend more money in the hope of reaching people on iPhones — and that Facebook advertisers, who had been used to measure the effectiveness of their campaigns down to the penny, now have to make much-less-informed guesses about whether their ad dollars are working

Another way of putting it, via Alex Austin, the CEO of Branch, a company that helps advertisers figure out how their campaigns are working: After Apple introduced its anti-tracking changes in the spring of 2021, advertisers who used Branch’s services to measure paid ads on iOS dropped by 20 percent. Instead, Branch customers spent more time using the company’s services that track “organic” marketing campaigns using tools like email, and on services for advertisers who used Google’s Android phones — where those anti-tracking measures don’t exist. “It’s clear that the market is still figuring out how to handle [Apple’s new rules] on iOS, and shifting focus to Android and organic channels on iOS,” he told Recode.

Facebook says it’s working on a fix to make things better for advertisers in the near term via an “aggregated event measurement“work around. Which in plain English means that while it won’t be able to tell advertisers which individual users clicked on a link or downloaded an app after seeing an ad, it can tell them what a larger group of users did.

Depending on your perspective, that’s either a big improvement for users’ privacy or a large step backward for advertisers used to fine-grained accuracy on the internet. But both Google and Snap have rolled out similar products and have told investors they are working well-ish; Facebook executives concede that their version is not, yet; they think it will take months to get there.

Again: Facebook is an ad behemoth that isn’t going away anytime soon. And it’s perfectly reasonable to assume that it will muddle through this, in large part because it’s so large. If you’re an advertiser, “there’s very few other places to go,” Nathanson told Recode.

But you can also see Facebook tacitly conceding that even when their tools get better, they’re never going to be as effective on iOS as they used to be. That’s one of the reasons the company is making a renewed push into selling products on their own apps — not just Facebook’s Marketplace platform, but actual digital storefronts on Instagram and Facebook. It’s a plan that Zuckerberg laid out publicly last spring, not coincidentally as Apple’s privacy changes went into effect.

The revenue Facebook could generate from those sales is nice, but the data Facebook can legally capture about how users behave, without interference from Apple, could be invaluable. Facebook can’t tell a shoe store if someone saw their ad on the app, then clicked through to the store’s site or app and bought something — but it can tell them if a Facebook user saw the ad on Facebook and then bought the shoes on Facebook.

Other recent Facebook moves reveal how Apple’s iOS changes have permanently affected its existing ad business. For example, Facebook is making a renewed push into Reels, the TikTok copycat product it is promoting on Instagram and the traditional Facebook app, even though it’s barely running ads on Reels, for now.

The hope is to build up use and then figure out revenue later. That’s a longstanding tech tactic, and one that worked well for Facebook when it copied Snapchat’s “stories” on Instagram — which gave it a way to create a new source of ad revenue and helped slow Snapchat’s growth.

And you can also see Facebook’s Apple problem as another impetus for its metaverse push: It will take many years for Facebook’s alternate reality future to materialize — and it may never happen. But if it does, Zuckerberg will have built his company a hardware and software platform where he can interact directly with his users — and so can his advertisers — without interference from Apple or anyone else.

But Apple has also made it clear how much disdain it has for Facebook’s core business. A year ago, for instance, Apple CEO Tim Cook, without naming the company specifically, publicly criticized businesses that were “prioritizing conspiracy theories and violent incitement simply because of their high rates of engagement,” “not just tolerating, but rewarding content that undermines public trust in life-saving vaccination,” and “seeing thousands of users join extremist groups, and then perpetuating an algorithm that recommends even more.”

“If a business is built on misleading users, on data exploitation, on choices that are no choices at all, then it does not deserve our praise,” Cook said in his speech at an international privacy conference. “It deserves reform.”

Is it possible that Apple is deeply interested in user privacy and sees an advantage in clipping the wings of one of its major rivals (while, by the way, building its own ad business)? Absolutely.

But instead of wondering what Apple’s motivations are, maybe we should spend time thinking about the power Apple has. While regulators around the world struggle to restrain Facebook’s power and influence, Apple has put its rival on its back foot with a mere tweak to its phones’ software. You may applaud that change — and still worry about what else Apple might want to change down the line. 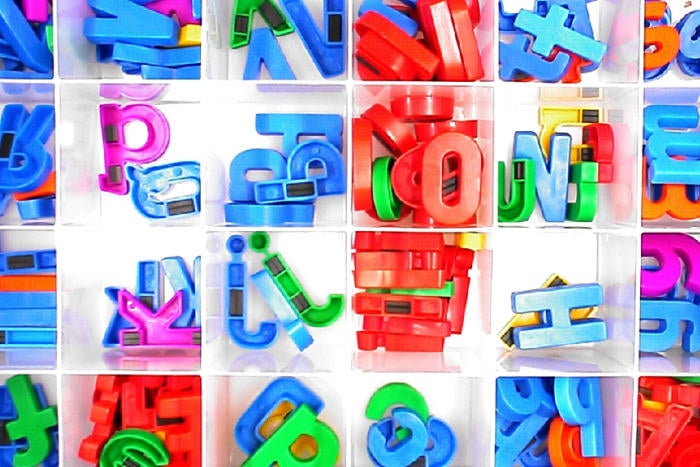 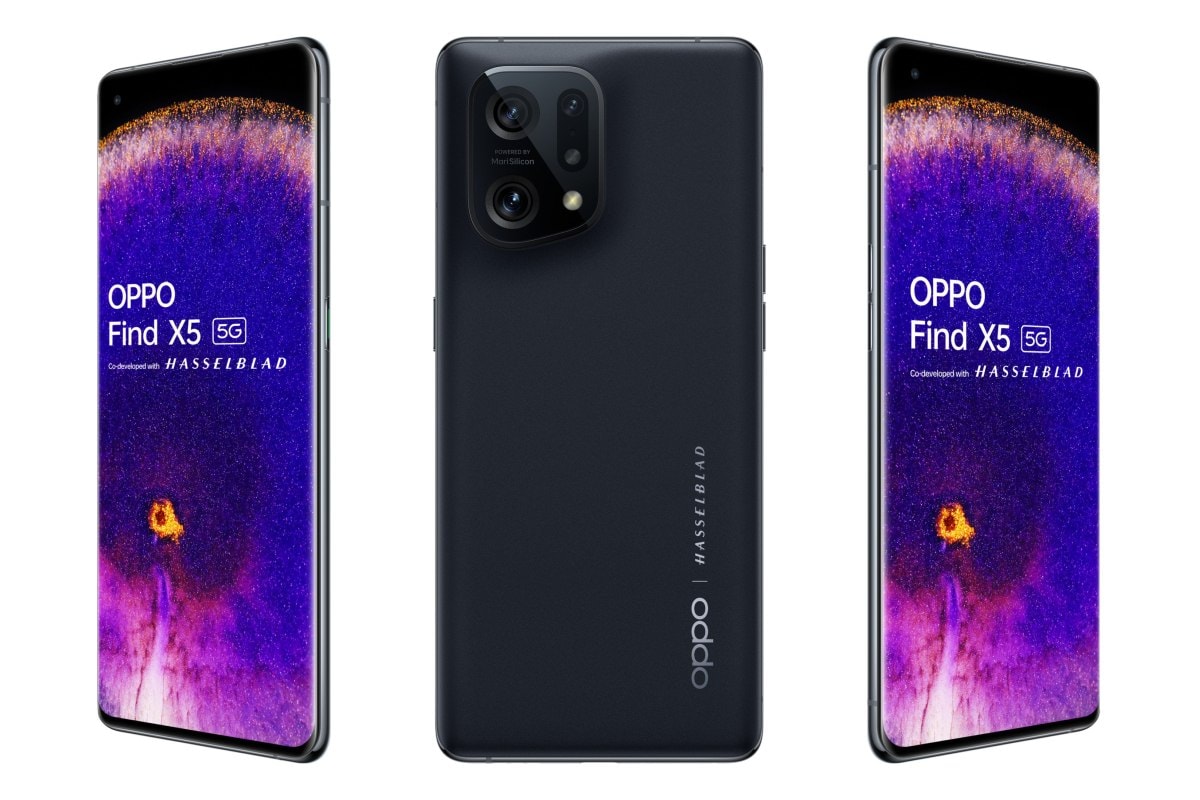