BARINAS, Venezuela (Reuters) – Cattle herders in Barinas state, one of Venezuela’s main agricultural regions, milk their herds in the wee hours each morning before selling the milk for dollars to make ends meet, as the lack of credit aggravates a long economic crisis.

Venezuela’s agricultural industry has been hit by years of regulation and land expropriation, leading ranchers who depend on the sale of meat to cut back on cattle farming and switch to dairy.

Livestock on Venezuela’s vast plains numbered 2.5 million head of cattle just four years ago, but that has fallen to 1.7 million as livestock costs soar, say the producers. Fewer cattle are being slaughtered because high inflation has hit demand for beef, they added.

However, some breeders can now sell milk for dollars, helping to offset the devaluation of the Venezuelan bolivar.

“Milk is what gives us the ability to have a petty cash on the farm … which allows us to continue operating,” said Jose Labrador, president of the Barinas Rural Producers Association, adding that he and his fellow breeders were facing a serious crisis.

A liter of milk can range from 30 to 60 cents, Labrador said.

Beef production is much slower and takes longer to generate income in a country where annual consumption has fallen to eight kilograms per person from 26 kilograms in the 1990s, according to the National Federation of Cattle Breeders of Venezuela (Fedenaga) .

A handful of ranchers have been able to sell beef overseas, with the government pushing exports to Asia and the Middle East.

Milk production in Barinas is around 2 million liters per day, according to producers’ estimates. Milk production figures before the Venezuelan crisis were not available.

Restrictions on new loans have limited producers’ ability to invest in their farms, forcing some to abandon their land, while others turn to options such as growing corn or raising sheep or pigs in cattle sides, Labrador said.

Herders also face government measures to limit the availability of loans and spending in bolivars to control hyperinflation, which have reduced the circulation of local currency.

According to the central bank, inflation in Venezuela reached 686.4% in 2021.

A farm on the outskirts of the Barinas state capital of the same name produced some 14,000 liters of milk a day before Venezuela’s economic crisis, but is now seeing an output of 9,000 liters due to high production costs.

Only one of the farm’s milking systems is operational after a lack of funding crippled the other, which was about to add 8,000 liters to daily production, Labrador said.

Attacks by criminal gangs that burn farms, destroy equipment and kill livestock, as well as damage to nearby forests, have also disrupted production, producers added.

The gangs aim to drive herders off their land, before selling it to third parties, growers told Reuters. Videos provided by ranchers and on social media show cattle being abused or confined without food until they die. 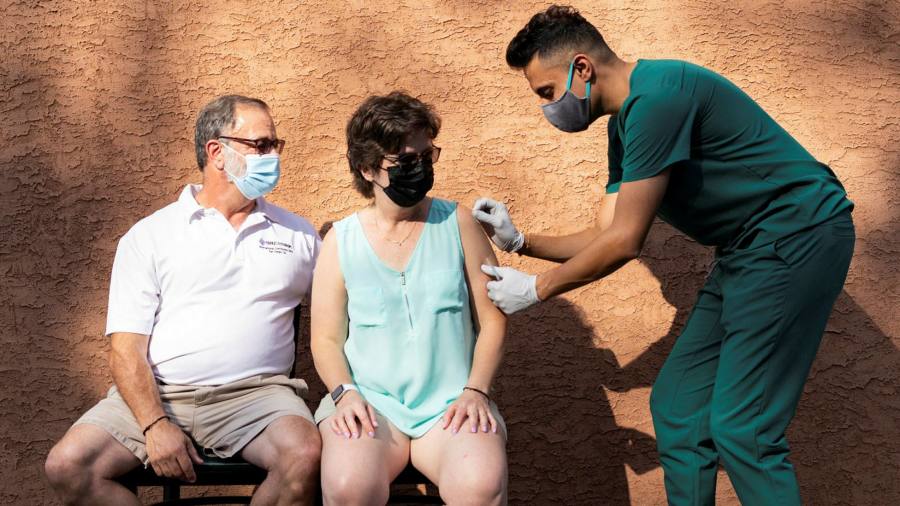 US to start offering Covid booster shots next month